Save announcement as PDF


On Wednesday August 14 the preliminary ideas for changes to the GREAT Bus Routes, which are a result of the on-going Short Range Transit Plan (SRTP) Study, will be available for public review and comment. 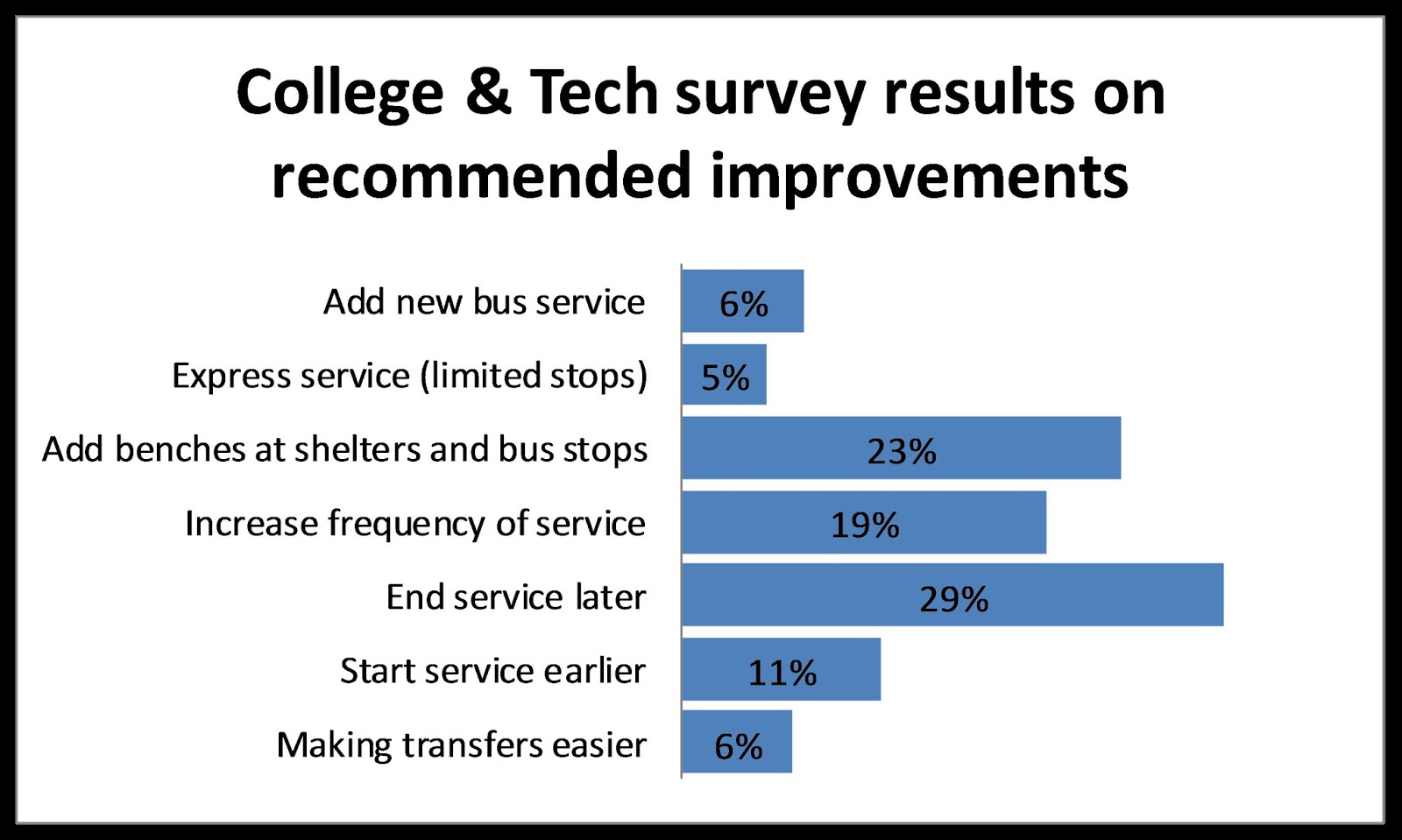 Starting at 9 a.m. the GREAT bus routing options will be displayed at the Leslie Building on thePitt Community College Campus in Winterville.

The presentation boards will also be on display in the Goess Student Center for review and comment through the lunch hour. 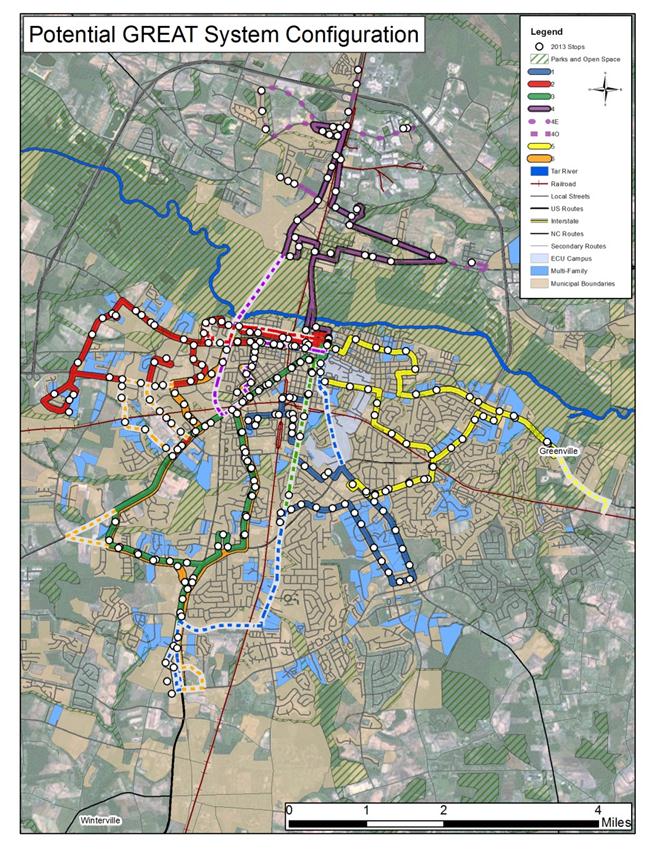 Starting at 2 p.m., the same display will be set up in the Sheppard Memorial Public Library at 530 Evans Street in downtown Greenville, NC. The preliminary ideas for changes to the GREAT Bus Routes will be available for public review and comment until 6 p.m.

We encourage everyone to attend one of these sessions to share their options. If you have special transportation needs, need a translator, or are visually or hearing impaired; arrangements can be made to assist you. Please contact the GREAT administrative offices at 252-329-4532 or visit the Public Works Transit Division at www.greenvillenc.gov at least 24 hours in advance of the open house session to request any special assistance.

A GREAT way to get around.

We need your input!


Outreach – besides the steering committee and stakeholder interviews the Study will hold at least two neighborhood meetings for additional outreach from people who might need alternative means to participate in the planning process. Ideally at least one meeting that is likely to attract the Latino/Spanish speaking population and another that hears ideas from the minority population (about 80% of the current ridership is African-American).

Opportunity to participate – the entire five year planning process in designed to be interactive and we encourage you to participate.  You can post your comments on this blog page and receive a string of on-going dialogue or you can even mail the Project Manager, Bill Barlow at wbarlow@stantec.com and hold a private conversation. We are also posting a calendar of events so you can follow the process in person.  Then event calendar will be updated as dates become firm, so please check back often. 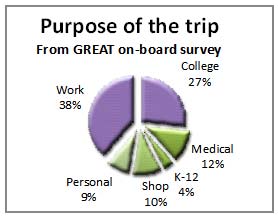 A total of 553 on-board surveys were collected in the first week of May and those results are now being analyzed to learn more about people who depend on the bus to get around. At first glance we discovered that people need dependable on time performance to get to class and work on-time.
Pitt Area Transit System will administer a separate on-board survey that is designed to gauge satisfaction of the “complementary paratransit” service the County provides to GREAT under a contract arrangement. On-line surveys are being posted to the website to learn more about people who do not ride the bus and how they can be encouraged to become riders.
Posted by GREAT SRTP No comments:
Email ThisBlogThis!Share to TwitterShare to FacebookShare to Pinterest


Stakeholder Interviews with the GREAT Transit Manager, the Pitt Area Transit System (PATS) Director, the ECU Director of Transit, other GREAT staff and survey takers who rode on the bus, they indicated:


Greenville Area Transit was compared to several peer transit agencies based on:

One interesting note was how small the service was compared to the peer systems;

Danville (VA) Transit serves population of 48,500 with same equipment as GREAT (84,500)
GREAT has a healthy 19% ratio of cost recovery coming from fare collection.


The “College Prowler” was also consulted because of the importance of ECU to the City of Greenville. Most Universities about the size of ECU tended to rank low in perceived safety on campus and in town - if students are nervous on campus and in town they may also be reluctant to use the City Bus.
Availability of shopping was ranked lower by ECU students than any of the other 4 campuses they were compared to, while variety of off campus dining ranked very high and Greenville was considered one of the most affordable towns for off-campus housing (68 out of 1,500 schools).
Parking on and off campus was ranked “limited”; this creates a positive transit atmosphere. Transit was given a solid “B” for availability, with very few ECU students using GREAT – this “B” must be assumed to be for ECU bus service. There does appear to be some GREAT market opportunities with students that should be explored.
Posted by GREAT SRTP No comments:
Email ThisBlogThis!Share to TwitterShare to FacebookShare to Pinterest
Older Posts Home
Subscribe to: Posts (Atom)